State Attorney General spokesman Steve Telliano bit back at San Francisco officials for statements made since Sunday's raid of the Cannabis Buyers Club. He called the club's abuses many.

Telliano responded yesterday to a letter written earlier in the week by Sheriff Michael Hennessey criticizing the attorney general. Telliano called the sheriff "a little off the mark" about the medicinal use of marijuana at the club. "Clearly it's not," he said.

The sheriff, he said, was simply not familiar with the facts. "We got it on video tape . . . tons of video tape," said Telliano.

Hennessey wrote in his letter: "I would hope that the attorney general would understand that our community does not wish to spend precious law enforcement dollars busting people engaged in distributing marijuana for medicinal purposes."

San Francisco Mayor Willie Brown also criticized the attorney general. Said Brown, "I'm dismayed by the Gestapo tactics displayed by Attorney General Dan Lungren. I wish he would refrain from his political grandstanding at the expense of the health and welfare of the people of San Francisco."

Brown plans to work with the Board of Supervisors, the Health Department, and the city attorney to come up with alternatives for the Cannabis Club. "I support Supervisor Ammiano's efforts in declaring a state of medical emergency." He said that the club "has to be able to provide that service," and he said there's a legal way to do it.

The attorney general's office disagrees. "Counties do not have the authority to declare a public health emergency and then use that to circumvent criminal laws," Telliano said. 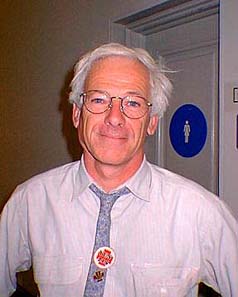 plans to challenge the temporary restraining order in court on Tuesday. The mayor will meet with city officials on Thursday to discuss declaring a state of medical emergency.

Peron said at least 600 people showed up at the Cannabis Club yesterday. "I know people that are going to Dolores Park and Civic Center right now, and it's an intolerable situation," he said.

San Francisco Narcotics Commander Greg Corrales, who has taken much of the heat for the raid, said it's been busy in the Civic Center and Tenderloin--so busy, he said, he hasn't had time to go over all the reports since the Sunday's raid.

The Cannabis Buyers Club, located at 1444 Market Street, is just two blocks from the Civic Center. Despite the increased activity, the Mission district police station reported no arrests today in Dolores Park.